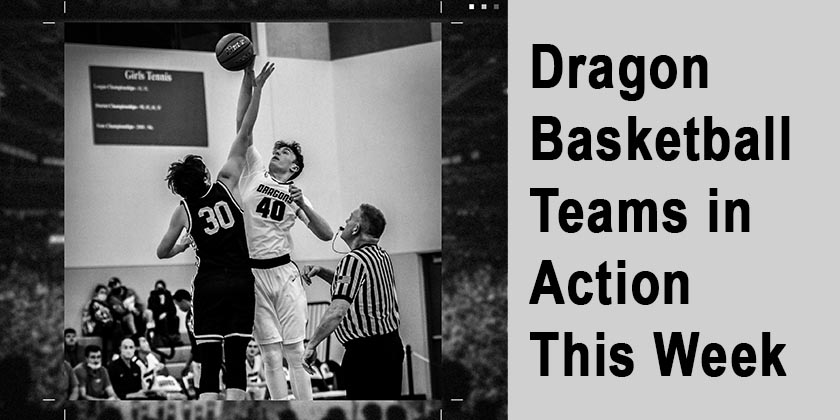 After several road games, the boys JV and boys and girls varsity basketball teams return for home games on Saturday, Dec. 10. The Middle School girls teams also host Liberty at 4, 5, and 6pm on Thursday, Dec. 8. View this week’s Athletic Calendar for times, and check the Dragon Athletics Webpage for other updates and details. Go Dragons! 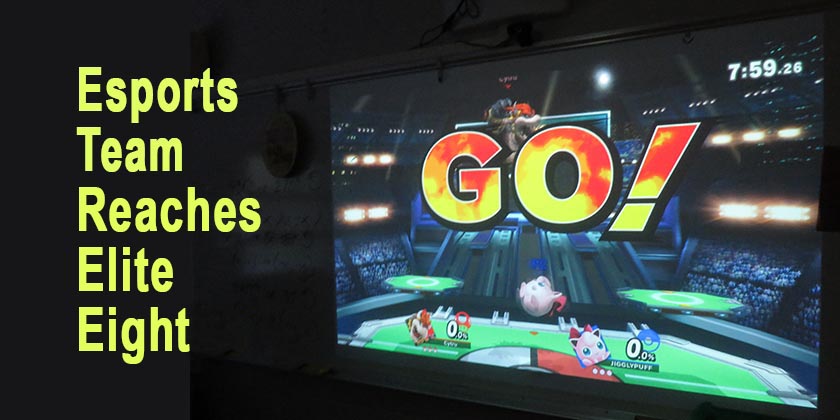 The Super Smash Esports team won their first round of Playoffs 2-0 against Madras High School’s Triple Threat on Friday, Dec. 2. Gibson Montgomery won his set 2-0, while Gabe Gustafson had his second toughest match up of the whole season, winning his set 2-1. Congratulate Gibson, Gabe, Ronan Gortler, Eli Sieber, Liam Brennan, and Keelie Halsted when you see them!

The team advances to the second round (Elite Eight) of the Pacific Region Playoffs with a rematch on Tuesday, Dec. 6 against Polaris Ultimate A from Prince George Secondary School in Prince George, BC. It will be another single elimination match. “It should be an interesting match, since SGS lost to them 1-2 early on in the regular season,” says coach Ross Miller. A win would get them into the Final Four matches on Thursday, Dec. 8. Go Dragons! 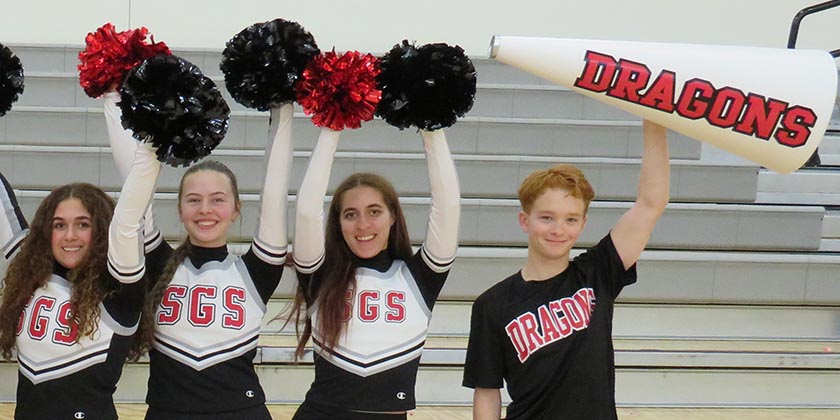 A Middle and Upper School pep rally on December 1st honored the fall athletic teams and encouraged everyone to cheer on the basketball teams in their upcoming games. See photo galleries of the Pep Rally and of the Cookies and Signs that the new Cheerleading Squad decorated for the Upper School before the first basketball games. Plus see a YouTube Video of the spirited activities and of the new SGS Cheerleading Squad in action for the first time! 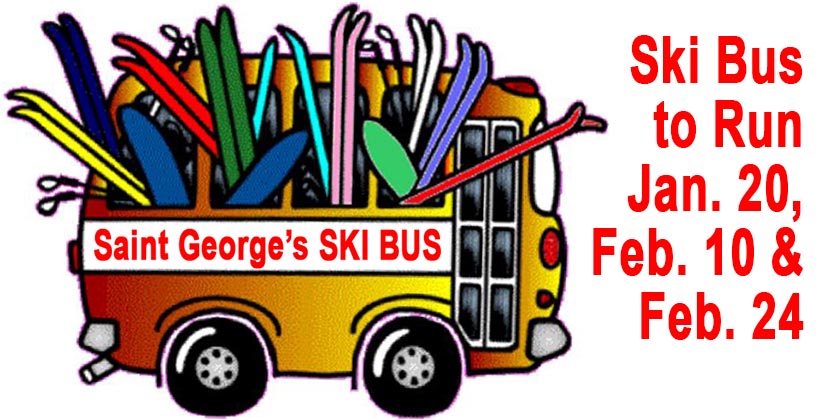 The Ski Bus to Mt. Spokane Ski & Snowboard Resort returns in 2023 with runs on Fridays, Jan. 20, Feb. 10, and Feb. 24. See the Ski Bus Flyer for all the details. The Outdoor Club also is planning a trip to Schweitzer Ski Resort near Sandpoint, Idaho on January 27-28, 2023 for 7th-12th grade students. See the Schweitzer Ski Trip Flyer for more details, and sign up for these fun opportunities to get out skiing this winter! 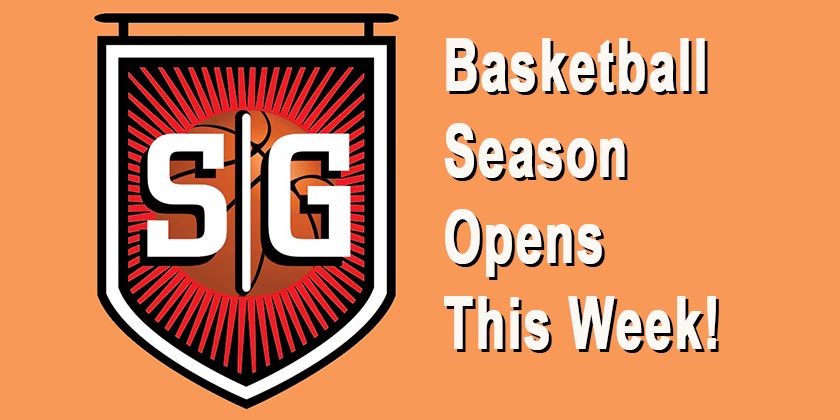 Basketball season opens this week with away games at Lakeside on Friday, Dec. 2 and home games on Saturday, Dec. 3 vs Brewster. View this week’s Athletic Calendar for times, and check the Dragon Athletics Webpage for other updates and details. Go Dragons! 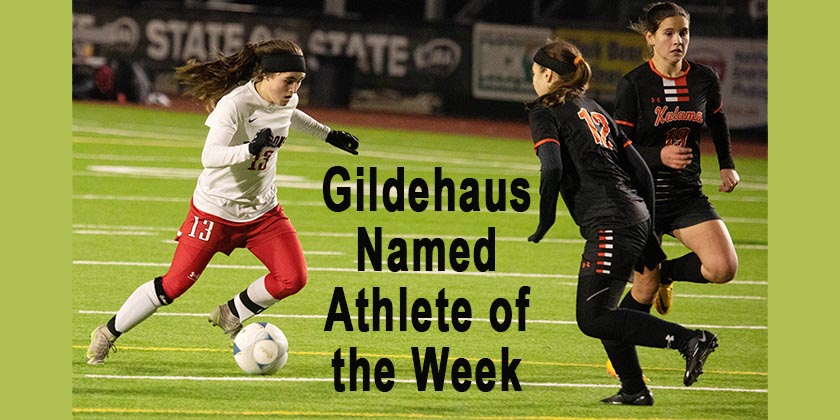 Freshman Carsyn Gildehaus was named the Girls 2B Athlete of the Week for netting four goals to lead the Dragons to a 5-2 win in a State soccer quarterfinal match with Tonasket. She then posted four more goals in a semifinal win over Kalama. Congratulations, Carsyn, and kudos to the girls soccer team for their 2nd Place State trophy! 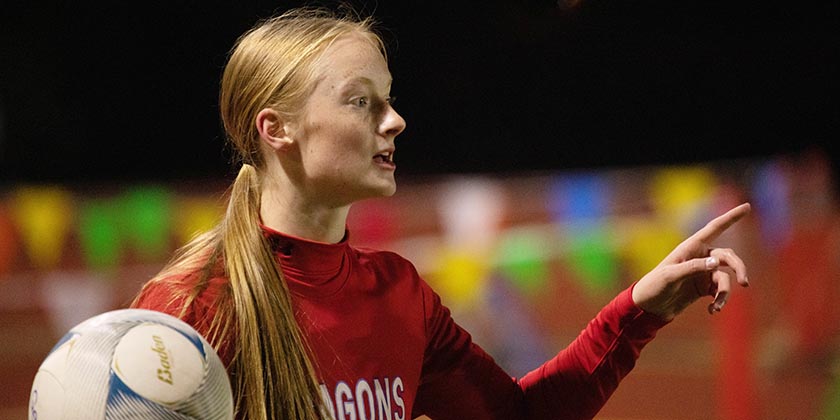 The girls soccer team easily dispatched #1 seed Kalama 5-1 in the State Semifinal match on Friday, Nov. 18 in Renton. But they were held scoreless in the State Title match on Nov. 19, losing 2-0 to Okanogan. See photo galleries of the Semifinals vs Kalama and the Title Match vs Okanogan provided by Jeff Thomas. 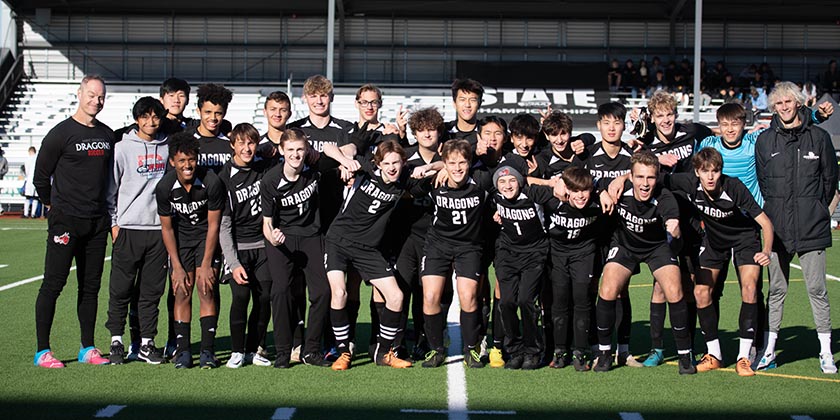 The SGS boys’ soccer team came up short 2-1 in a shoot out for the State Semifinal match vs eventual title-winner Friday Harbor on Nov. 18 in Renton. Then the boys rebounded for a 3-2 shoot-out victory over Mt. Vernon Christian to win the 3rd-4th place match on Nov. 19. See photo galleries of the Semifinals vs Friday Harbor and the 3rd Place Match vs Mt. Vernon Christian provided by Jeff Thomas.